On our recent trip to Binga area, we based ourselves at Mlibizi (pics already on here someplace,) a fishing camp on the Zambezi river.

Our first day’s work at Nechilibi, was rained off, and the car was a bit of a muddle because I’d had to bring things that usually belong in the back, into the cab.

Our second site was at Deka, also a fishing camp on the Zambezi, about an hour and a half away on a pretty poor road. We set off early, after checking that the Gwaai River was not in flood. You can see from this pic, the low clouds, just waiting to trap us in the car for another three hours!

This pic (above) is taken from the bridge over the Gwaai River. It had been flooding high the previous day, but as you can see, it went down quickly.

Even before we reached this bridge, I’d noticed a terrible smell. I didn’t say anything, but wished we had not had beans for supper the previous evening! I smelled it again, shortly after, when I slowed down for a cow.

I flapped my hand and got a “Huh? Whats up with your guts?”

MY GUTS??? What a flaming cheek! MEN!!! And like all men, Will has an excellent ‘innocent look.’ I wondered if I should believe his, “It wasn’t me!” story? And it definitely wasn’t me!

It seemed to be worse whenever I slowed down and we eventually decided something must have died in our air-conditioner, or in the panel above the bonnet. I couldn’t work out why it would make a difference when we slowed down, but we had plenty of ideas about air flow etc! I stuck to my theory that he was not as innocent as professed!

When we arrived at Deka, I checked under the bonnet, and stuck my nose on all the carpets – nothing.  I left the guys doing the survey and took a drive along the Zambezi, looking for photo opportunities; did a little fishing with some kids I came across. 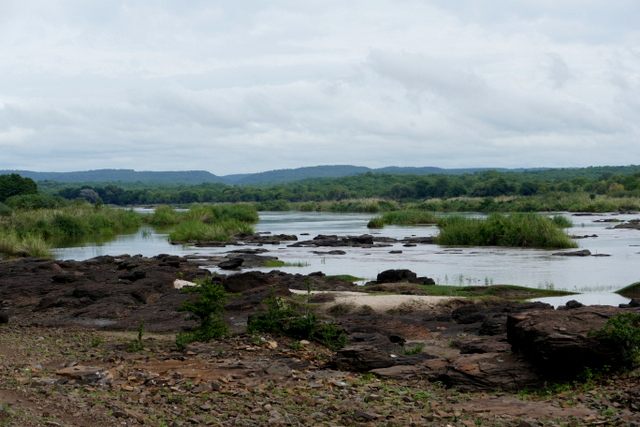 I didn’t notice any smells when on my own, and began to wonder if Will was having me on! He must have squeezed one out each time I slowed down, knowing it would confuse the issue.

I collected the survey team, (and by the way, this hole was drilled and it had lots of lovely water.) We headed off to Kenkando, the second job of the day, 60km away (unfortunately, this hole was dry!) and the smells came back as soon as Will got in the car.

Eventually, after about twenty kilometres, stopping to take this pic:

I noticed these flowers, growing on a bush close-by, were very fragrant.

So I picked a whole stack of them (the guys sniggering on the back!) and put them in the cab – anything to cancel out that foul smell.

It didn’t work that well!

Arriving at Kenkando, and removing the resistivity machine (from behind Will’s seat) we discovered the MIA lunch (beef stew) from Thursday! Eeeew! It had got wedged under his seat; stray shoes and fire extinguishers pushing it out of sight! Every time I slowed down, Will must have leaned back, squashing the tupperware, lid forcing it to fart!

Phew! Were we glad we solved that one!

A few pics taken along the road:

This is baobab country – just one doesn’t usually have the back drop of clouds when coming across them! 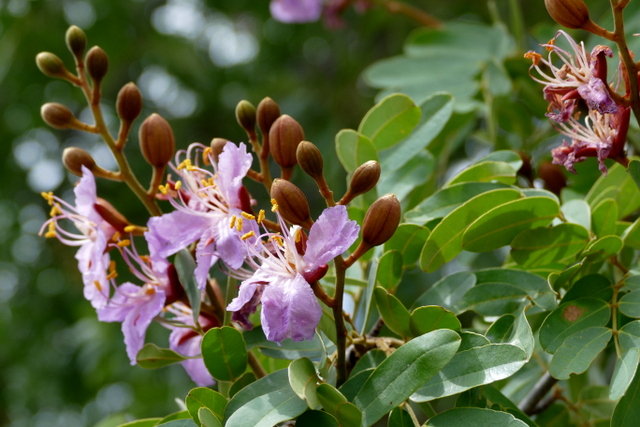 This lady was collecting water – a laborious process – she wasn’t making sand castles!

Oh sure, blame it on the guy!

Well it sure wasn’t me!

LOVE the anthill picture – took me back to the farm at Lake Mac – we would go round knocking the tops off & days later back to knock off the rebuilds 🙂
Beut Baobab on the side of the road – touch or hug it? 🙂
Smelly flowers almost Jasmine/orchid like
Water – Africa’s life blood…

I also liked the antheap one and which African child has NOT knocked off the top. Esp when rain is threatening – the ants build up their nests a week before it rains! Clever clever creatures. It was very green when we went there, leaving behind a dry Mat’land south