I couldn’t resist taking pics of this beautiful face. She wasn’t that happy with me at first; barked at the “big eye.”

It’s not often I get both the opportunity to take portraits of children and permission to post them.

He is such a good model too – whenever he spies the camera on him, he looks right into the lens. And he is SO cute!

This last pic is my favourite of the series, when he was busy ‘learning’ testing out his capabilities.
On all of these photos, I had the camera on the ‘faces’ mode on the camera – it does a very good job, I think and I have not even run these pics through any software.

I took this photo (above) in Esigodini – I don’t want to say much about this man – too often we have opinions of other’s dress/life-choices/houses and probably shouldn’t, cos we don’t walk in their shoes.

Off to the store…

I took this pic just after Silozwe School, on the way to the shops…

Lines of stores such as these above are common in Zimbabwe at “centres” designated for shops by the councils. They open very early and close very late and most often charge exorbitant amounts for their products.
This one above is Silozwe business centre, the school a couple of kilometre up the road.

What a beautiful cat!

I couldn’t resist taking these photos – he was SO hissed off!

Lizzy had invaded his territory and he wasn’t happy about it!

Is the latest addition to our family…

We bought her on-line. Totally fell for the sob story about how her mum had been poisoned…looks like I fell for a puppy mill crowd – but who cares, she is great!

Wash day on the Umzingwane… 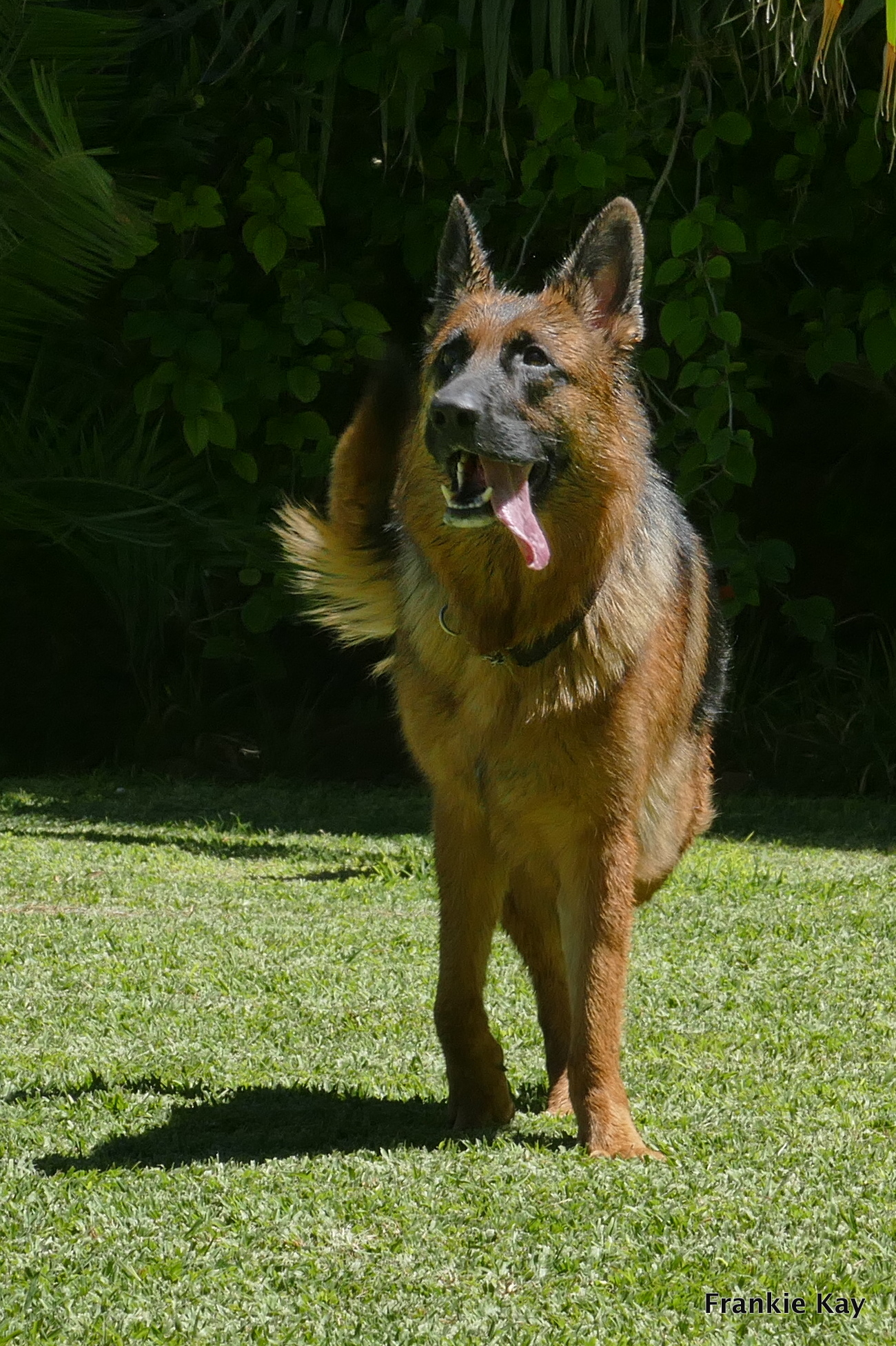 Ghost loves the water – Ive never seen a GSD who loves swimming as much as this dog.

She loves chasing dragon flies too!

One of the pilots, fixing his ‘plane.

We stayed in a place called “River Sounds Lodge,” in Murambinda. It should be renamed “Shebeen Sounds Lodge…”

The music didn’t let up all night, and even in the very early morning, the birds were unable to compete with the blaring cacophony. It seems Murambinda nightclub owners don’t bother to turn their sound systems off when their customers depart.

Murambinda is a bustling dust-road town in the district of Buhera….OK I’ll stop with the geography lesson: Murambinda is a dump. There is no other word for it! The streets are dust, the buildings haphazard and wiggly waggly all over the show with no trees for shade. Ugly heaps of rubble are just piled up where the council pushed them out of the way when they built the roads! And the sad thing is, Murambinda is positioned in a pretty place, nestled among kopjies with a river running through the middle of the town.

We eventually gave up trying to sleep and not-bright, but very early, sat waiting for the survey gang, who, by the way, spent a restful night camping at the local SDA church yard. Watching people start their day in Murambinda, with the long sloping early morning light, I couldn’t resist a few pics…

Two ladies, walking slowly, chatting companionably. The wheelbarrow is loaded with wares, hawked from under a tree, or carried amongst the crowds milling about at the bus stops. She sells penny-cool (plastic, cold drink filled tubes,) sweets, cigarettes that are sold singly, pens!

It was cold, and so I sat in the car with the heater on, my camera balanced on the door and took these pics over the wing-mirror. 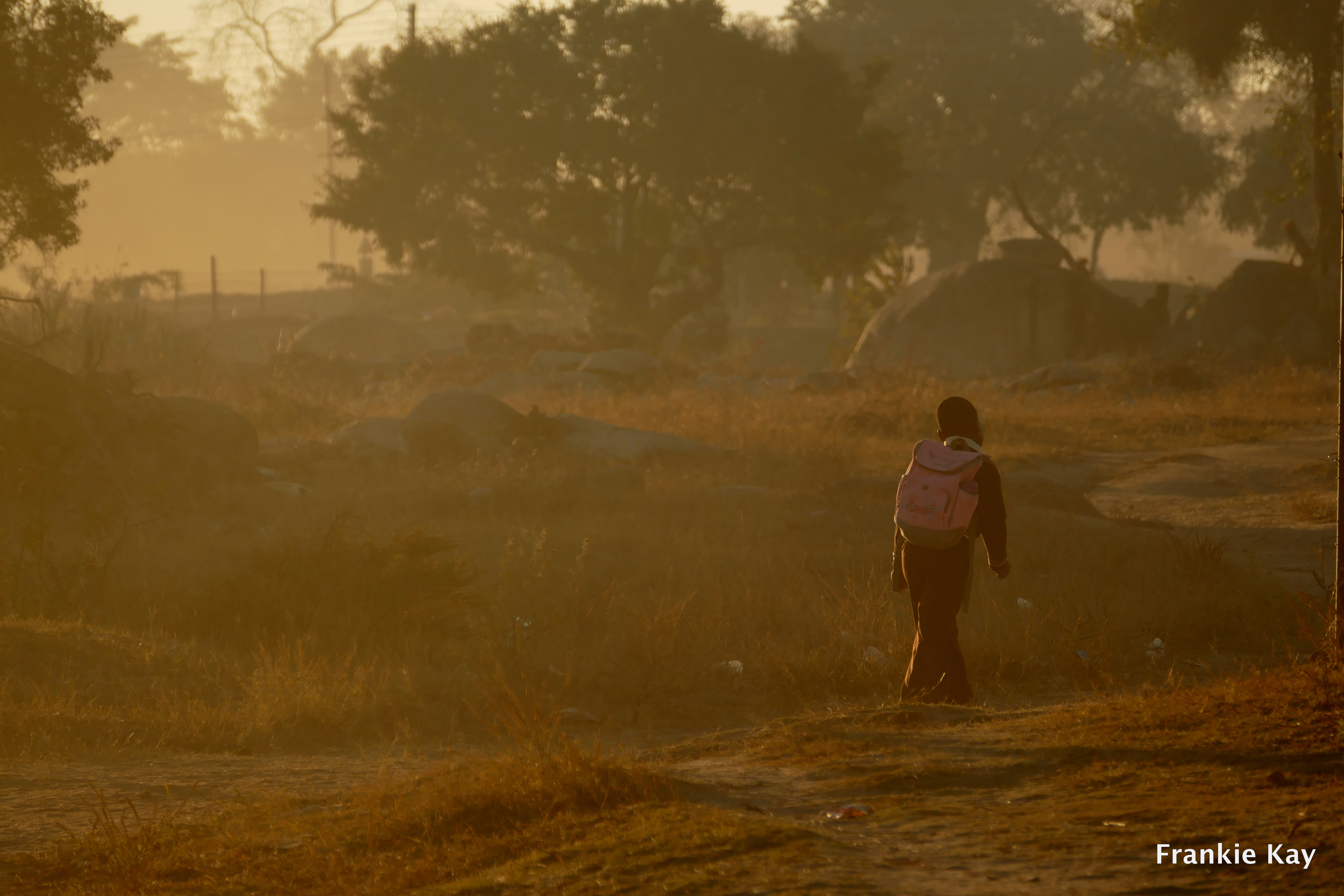 I thought this poor little guy, on his way to school, looked lonely! 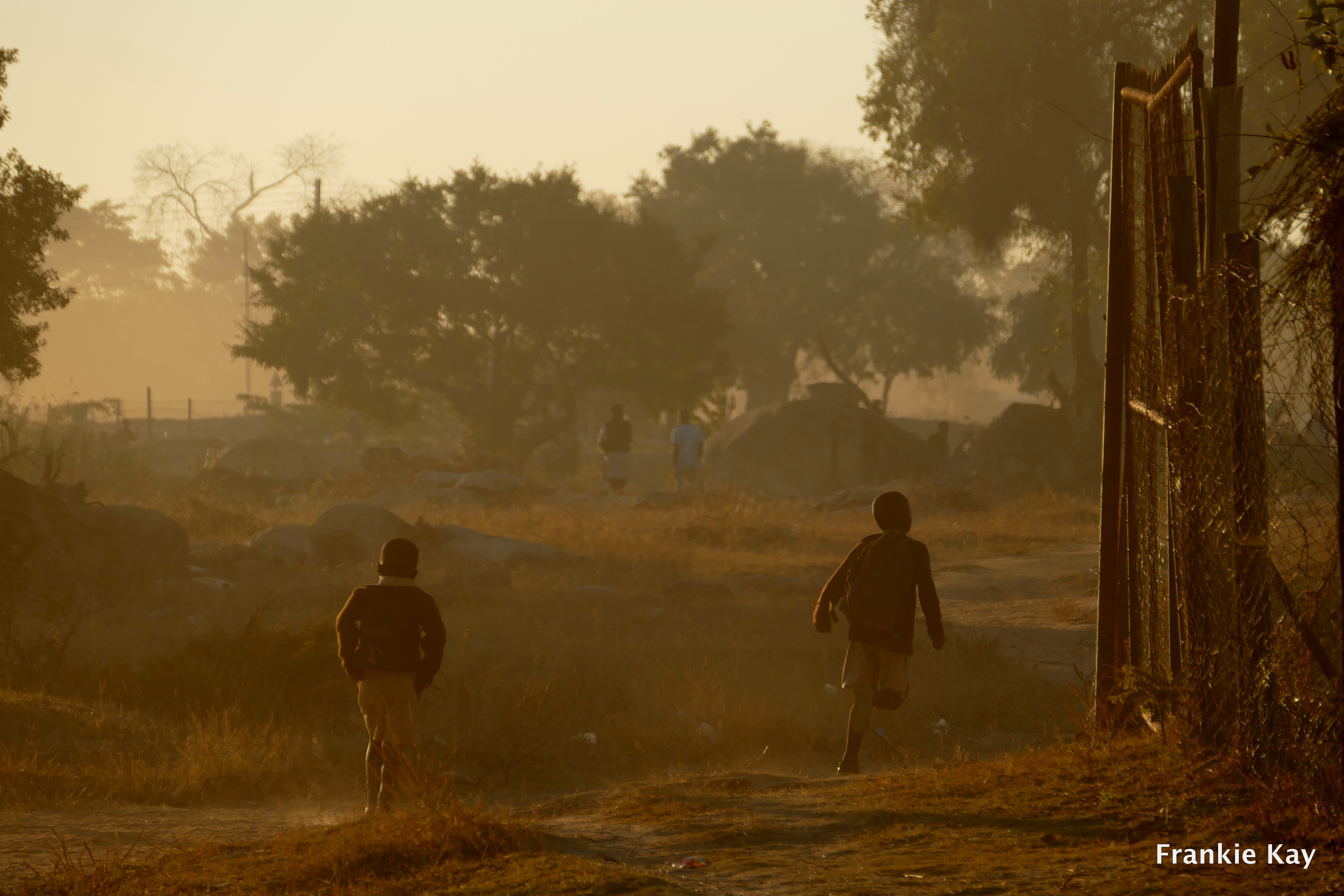 More school kids – these guys, at least ten minutes after the girls passed this way!

And THIS guy….was late! He shot past us, way after all the others had gone! Africa time clearly isn’t applicable with HIS teacher!

Seems Paul Mpofu liked the town so much, he wrote a song about it!!!